On 30 June 1993 the Wik peoples made a claim in the Federal Court of Australia for native title to land on Cape York Peninsula in Queensland. The land claimed by the Wik people (and the Thayorre people, who claimed native title rights to an area partly overlapping the Wik claim) included land where two pastoral leases had been issued by the Queensland government.

One lease, Holroyd, was originally granted in 1945 and continues to be a pastoral lease. Surrendered in 1973, a new lease was issued on 27 March 1975 for a term of 30 years commencing on 1 January 1974 under the Land Act 1962 (Qld). In 1945 the land was described as rough and capable of carrying one head of cattle per 60 hectares. When the lease was renewed, specific conditions were included. The applicants were required to build fences, an airstrip, dams, yards and a house and to sow 40 hectares with seed. But many of these conditions were not met and in 1988 an inspection report found only 100 unbranded feral cattle on the property, and a handful of human occupants. No manager’s residence or workers’ quarters had been constructed.

The other pastoral lease, Mitchellton, was first granted in 1915, forfeited and replaced by another pastoral lease in 1919 and forfeited again in 1920. It was never occupied as a pastoral lease, and Aboriginal people have been in continuous occupation of the area, with 300 recorded as being present in 1919. In 1922 the area became an Aboriginal reserve which it remains today. None of the leases contained express reservations in favour of the Aboriginal people. Both leases were granted with the stipulation “for pastoral purposes only”, although the Land Act 1910 (Qld) under which the earlier lease was granted also included provision for the issue of licences to persons to enter any pastoral holding to cut, get and remove timber, stone, gravel, clay, guano, or other material. That lease was granted subject to reservations for access for searching for gold and minerals and the right of any person to go upon the land for survey.

The Wik and Thayorre peoples argued that native title and pastoral leases coexisted on Holroyd from 1945 and on Mitchellton for almost all of the time between 1915 and 1920. Therefore, a precedent had been set that it was possible for the two types of land rights to apply to the one piece of land.

The Wik tried to prove through historical documents that there was a limit to Queensland’s powers to legislate on land matters because the British government in the nineteenth century had explicitly instructed Australian colonial governments to allow the Aborigines access to pastoral land. Therefore, if pastoral leases granted by the Queensland government did not contain a preservation of those rights of access, then the leases were invalid because they had exceeded the powers of the state.

In March 1994 Judge Drummond adjourned the case to enable the Wik to apply for a determination to the National Native Title Tribunal. The matter was returned to the Federal Court in May 1994 to obtain a ruling on the following four questions:

1. Was the power of the Queensland Parliament, at the time of its establishment and thereafter, subject to a limitation that prevented it from enacting laws providing for the grant of pastoral leases that do not preserve native title rights?

2. Does the grant (in Queensland) of a pastoral lease that does not contain a term preserving native title rights, and which confers exclusive possession on the lessee, necessarily extinguish native title?

4. Can the applicants claim damages and other relief against the State of Queensland and Comalco Aluminium Ltd (Comalco), if the grant to that company by the State of rights in land, including mining rights, extinguished the native title rights the applicants may have had in that land?

In his judgement on 29 January 1996, His Honour Judge Drummond rejected the argument that the leases were invalid. In effect, Drummond ruled that the Wik people’s native title was extinguished by pastoral leases over their land.

As well as this, any native title rights the Wik had to minerals or petroleum in their country had been extinguished by state legislation which transferred ownership of those resources to the Crown. Drummond rejected the arguments advanced by the Wik that they were entitled to compensation for the extinguishing of the native title because of the state’s fiduciary obligation to protect their rights and interests.

He held that each of the leases in question conferred on the lessee “rights to exclusive possession” of the land and that therefore the grant of each lease “necessarily extinguish[ed] all incidents of Aboriginal title … in respect of the land demised under the pastoral lease.” However, he did not decide whether the appellants were the holders of native title rights in respect of the leased land.

On 22 March 1996 appellants were granted leave to appeal to the Full Court of the Federal Court against the judgement of Drummond. This was deemed necessary because his Honour’s judgement was held to be interlocutory and to not have disposed finally of the proceedings. Notices of motion were filed in the Federal Court seeking removal of both matters to the High Court, and an order to that effect was made on 15 April 1996.

The High Court hearings began on 11 June 1996. During the hearings the Commonwealth Solicitor-General, Gavan Griffith QC said that if the High Court ruled that native title could survive the grant of a pastoral lease, it would “fracture the skeleton” that gives land law its shape in Australia. But counsel for the Wik people Walter Sofronoff QC said in his final address that the Court could uphold the Wik argument without the court “fracturing the skeleton” of Australian land law.

One reason for this was that pastoral leases were novel statutory creatures and did not give the exclusive possession conferred by common law leases. Of the 70 varieties of landholding created by statute, only one, freehold, would necessarily extinguish native title. All others would have to be examined to see if they conferred rights inconsistent with native title rights.

On 23 December 1996 a majority in the High Court held that the issuing of two Queensland pastoral leases under consideration in the Wik case did not necessarily extinguish native title. In each case where native title was claimed on land covered by a pastoral lease the rights conferred by the lease and the nature and content of the native title rights and interests would have to be assessed and considered.

The Wik judgment is of vast significance as about 42 per cent of the Australian land mass is under pastoral lease. The judgement resulted in widespread and diverse reactions, with serious concerns about the future of the native title process and the viability of many pastoral holdings. 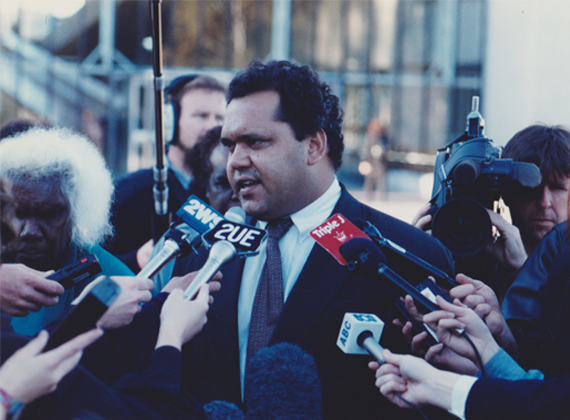 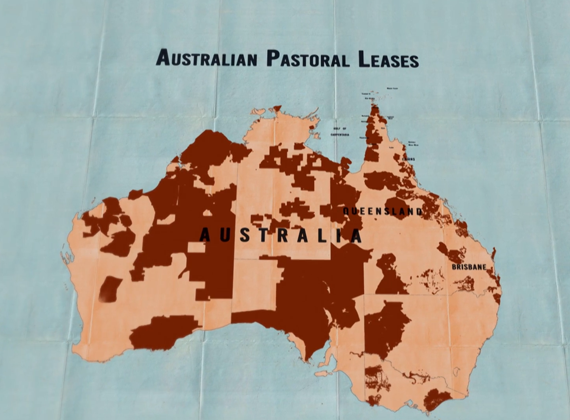 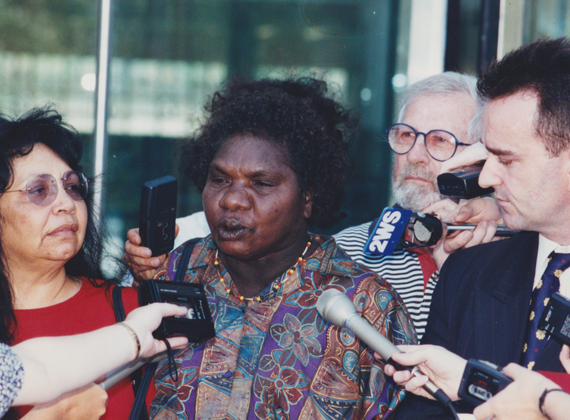 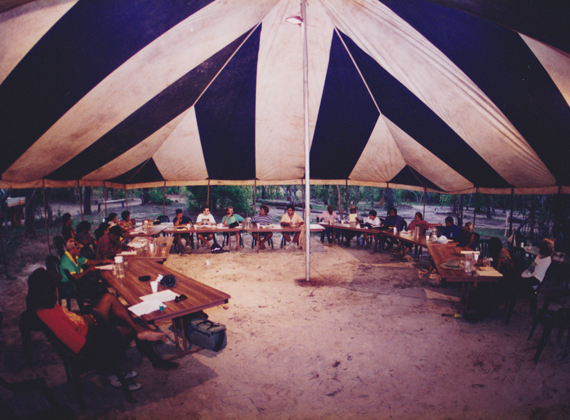 A meeting of elders in Aurukun c.1996
Photo courtesy of The Lew Griffiths Minamothu Library. 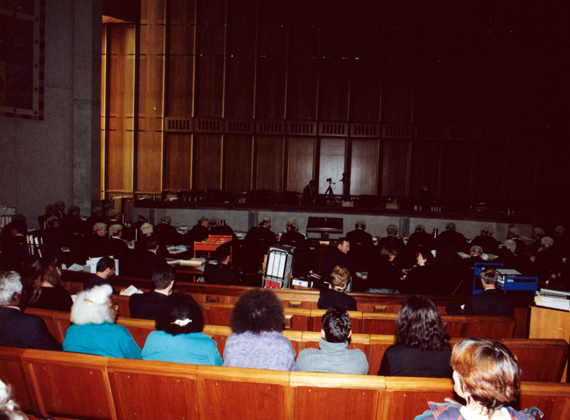 Inside the High Court 1996
Photo courtesy of The Lew Griffiths Minamothu Library.