Lindi is a highly acclaimed editor of award-winning documentary, drama and arts programmes for local and international broadcast, and cinema release.

She has edited a range of feature length documentaries including: 4, which won the Gold Plaque Arts & Humanities Documentary HUGO Awards, Chicago; The Snowman, selected for Competition at IDFA & nominated for Inside Film & AFI Awards for Best Feature Length Documentary; On Borrowed Time, with Oscar winning director, David Bradbury; Virtuosi, which has been screened in 35 cities and festivals around the world, and won the Outstanding Achievement for Dance on Film, Australian Dance Award. She edited the feature documentary I Am A Girl which was listed in the Guardian’s 10 Best Australian Films of 2013 & has been nominated for several AACTA Awards including Best Editing in a Documentary. Lindi also edited Embrace which had its world premiere at the 2016 Sydney Film Festival, where it made it into the Festival Directors’ Top 5 picks, and was nominated for the Documentary Australia Foundation Award for Best Documentary.

She has edited a range of programs for television broadcast including several 1 hour documentaries Call Me Dad, Blank Canvas, The Healing of Bali, Eyes of the Tiger, and episodes of Series including On the Trail of Ghengis Khan which received the Peoples Choice Award at BANFF 2011, Tribal Life for Discovery, Creative Minds Episodes featuring Geoffrey Rush and Robyn Archer and 2 x 1 hour episodes of Art+Soul2 about contemporary Indigenous artists in Australia.

In her non-broadcast work, Lindi has edited large scale video installations for museums and art gallery exhibition such as the Venice Biennale and In Memory of Nature by Janet Laurence. She has also vision switched live for the Dalai Lama. 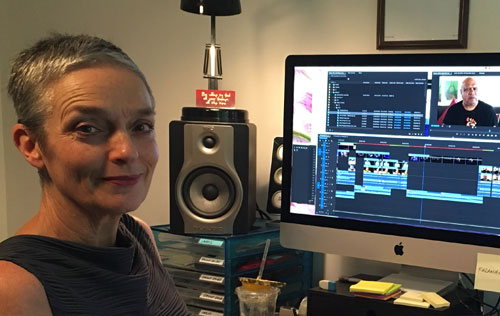