Mark Broadbent is a freelance cinematographer and photographer based in Brisbane. Recent projects Mark has been involved in have been wide ranging and include shooting director Kriv Stenders’ (Red Dog, Australia Day) passion project - The Go-Betweens: Right Here - feature documentary. Mark was one of two cinematographers on the History Channel series Uncharted - In the Wake of Captain Cook with Sam Neill, and Sally and Possum children’s TV series for ABC.

Along with traditional cinematography work Mark also specialises in both timelapse photography and underwater/surf cinematography.

His credits vary from small, low-budget projects through to feature films, both drama and documentary and the projects he has worked on have taken him all over Australia as well as international shoots in the UK, Ireland, USA, Samoa, South Korea, Malaysia, Thailand, PNG, Solomon Islands, Fiji and Antarctica.

Mark’s personable manner, down-to-earth approach and can-do attitude have enamoured him with cast and crew alike. 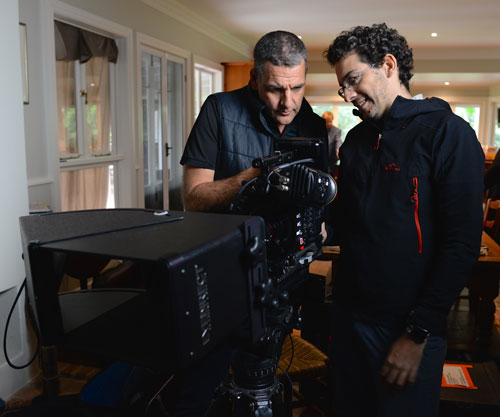